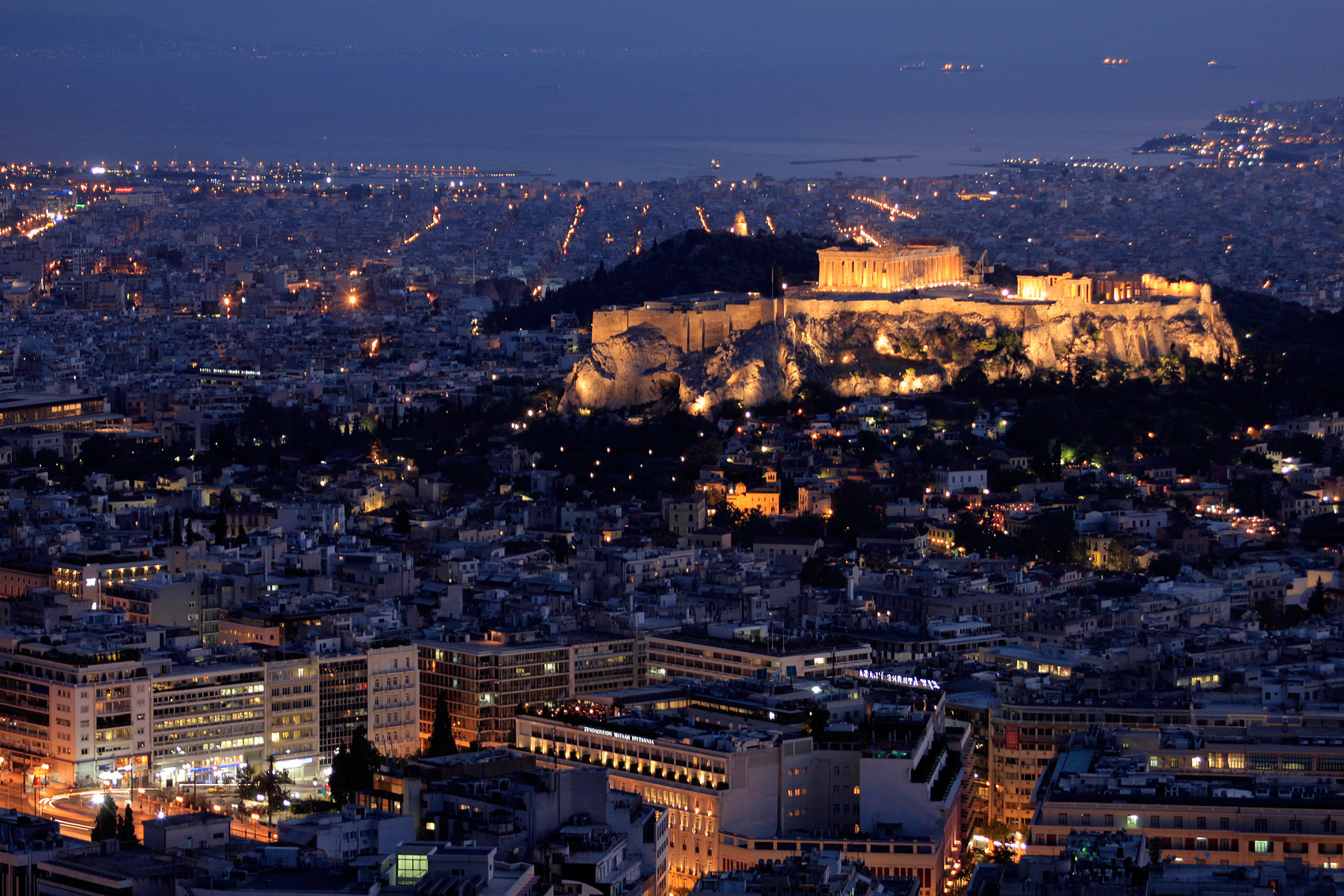 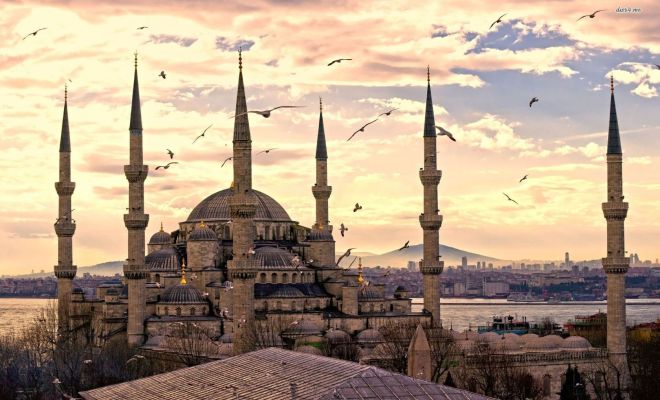 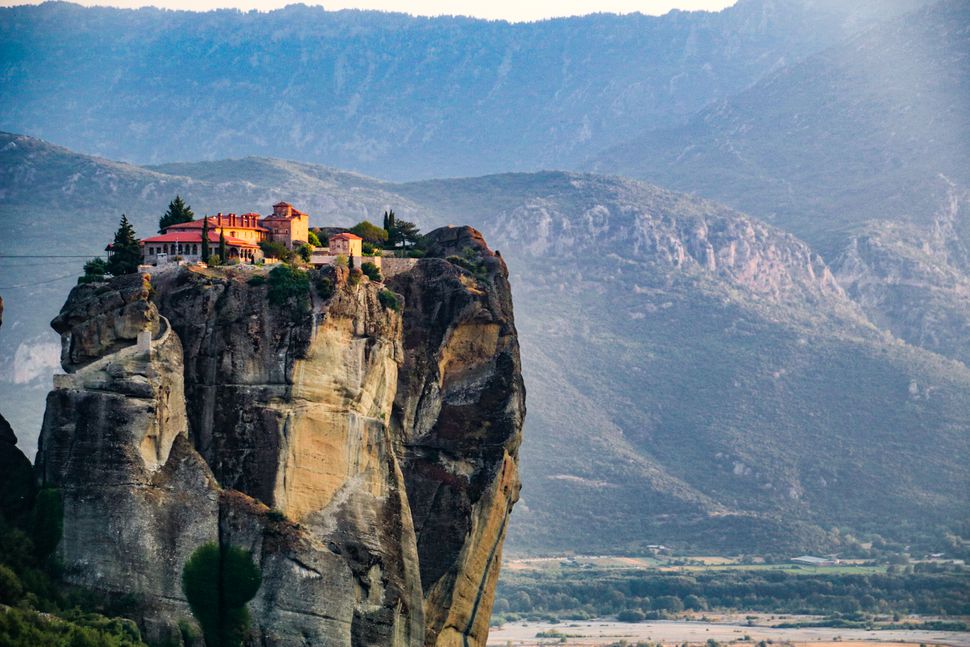 Arrive into Istanbul airport. Private transfer to the hotel! Overnight in a hotel right in the heart of the Old City, within walking distance to everywhere!

Private full day tour of Istanbul. Morning visit to Eyup and then enjoy beauty of Golden Horn from Pier Loti Hill. The Ottoman Empire produced marvelous architecture and you'll see two of its finest works: Topkapi Palace, home of the sultans, and the famed Blue Mosque of Sultan Ahmet I. After all these visits, you'll venture into the labyrinthine Grand Bazaar. Transfer back to your hotel for overnight.

Private full day tour of Istanbul. Morning visit to Chora Church, one of the most beautiful example of Byzantine churches. Continue to Underground (Basilica) Cistern, then visit St. Sophia the cathedral built by Emperor Justinian in 537 which was the largest church in Christendom for a thousand years, the Byzantine Hippodrome with its various monuments including a 3500-year-old red granite obelisk brought from Egypt and erected here in 390 AD. After the visits, transfer back to the hotel for overnight.

Private half day Morning Bosphorus Cruise Tour! After breakfast you start the tour at the Spice Bazaar and it goes on with Bosphorus Cruise. The magical journey which covers both European and Asian shores will let you see the marvelous monuments and districts like: Maiden Tower (Kiz Kulesi), Dolmabahce Palace, Ciragan Palace, Ortakoy, Fethi Ahmet Pasa Mansion, Ortakoy Mosque, Beylerbeyi Palace, Kuleli Military School, Arnavutkoy, Bebek and more highlights of Istanbul located on both sides of the Bosphorus. We will also see the Rumeli Fortress (Rumeli Hisari), which was built by Mehmet the Conqueror in 1452, for preparation of his planned siege of Byzantine Constantinople. After the cruise, transfer back to your hotel for overnight.

FREE day in Athens to explore the Plaka and the City. Overnight in Athens.

Day cruise to AEGINA/Hydra and Poros, the 3 small beautiful islands of the Saronic Gulf! Overnight in Athens!

Depart from hotel for the 3 night/ 4 Day Classical tour with overnights in Olympia/Delphi and Kalambaka. Drive to Corinth Canal. Continue to Epidaurus to visit the magnificent theater known for its unique acoustics but also see the small Museum. Then, depart for Nauplia, 1st capital of Greece in 1829 (Short Stop) and drive to Myceane (Visit) “Mycenae 'Rich in Gold', the kingdom of mythical Agamemnon, first sung by Homer in his epics, is the most important and richest palatial centre of the Late Bronze Age in Greece. Its name was given to one of the greatest civilizations of Greek prehistory, the Mycenaean civilization.” Visit the Citadel, the Lion’s Gate, the Palace, the grave circle discovered by Schliemann and of course the bee hive tomb of Agamemnon! In the afternoon depart for Olympia – Dinner & Overnight in Olympia.

Today you will visit ancient Olympia, where is located the most important religious and athletic centre in Greece, a sanctuary dedicated to Zeus! Its fame rests upon the Olympic Games, the greatest national festival and a highly prestigious one world-wide, which was held every four years to honor Zeus. Visit the Archaeological Site & the Museum and then drive via Patras to Rion, across the channel to Antirrion on the “State of the Art” new suspended bridge considered to be the longest and most modern in Europe. Arrive in Nafpaktos (drive through) then continue to Delphi – Dinner & Overnight in Delphi.

Situated at the foot of Mount Parnassus, within the angle formed by the twin rocks of the Phaedriades, lies the Pan-Hellenic sanctuary of Delphi, which had the most famous oracle of ancient Greece. Delphi was regarded as the centre of the world. According to mythology, it is here that the two eagles sent out by Zeus from the ends of the universe to find the navel of the world met. The sanctuary of Delphi, set within a most spectacular landscape, was for many centuries the cultural and religious centre and symbol of unity for the Hellenic world and seat of the Pythian Games, the second most important games in Greece after the Olympics, which were held every four years. Visit of the archaeological site and the Museum where one can see among other archeological treasures, the unique bronze statue of the Charioteer dedicated to Apollo by Polyzalos, the tyrant of Gela, in 478 B.C. when he won the chariot-race at the Pythian Games. This incomparable statue is a representative example of the ''severe'' Attic style, certainly the work of a major artist. After the visits depart for Kalambaka for dinner, overnight.

Visit one of the most amazing places in Greece – Meteora. Meaning ‘suspended in air’ the name Meteora soon came to encompass the entire rock community of 24 monasteries, the biggest and most important group of monasteries in Greece after those in Mount Athos There were no steps and the main access to the monasteries was by means of a net that was hitched over a hook and hoisted up by rope and a hand cranked windlass to winch towers overhanging the chasm. Monks descended in the nets or on retractable wooden ladders up to 40m long to the fertile valleys below to grow grapes, corn and potatoes. Each community developed its own resources and by the end of the 14th century, the Grand Meteoron emerged as the dominant community. The rock monasteries have been characterized by UNESCO as a unique phenomenon of cultural heritage. After visits start the drive back to Athens with arrival into the City in late afternoon or early evening! Overnight in Athens.

Half day morning Walking City tour of Athens with the visits of the Acropolis and the magnificent NEW Acropolis Museum with its masterpieces! Free afternoon to relax and explore the Plaka! Overnight in Athens!

Private transfer to the airport or extend your trip by visiting one of the famous Greek islands!